Almost everyone knows that fashion of the past tends to come back. There are even clothes, which seem to never go out of fashion at all. Peaky Blinders clothing is the case. And the fact is proved not just people you see around but even cinematography. Every modern man has already seen popular series ‘Peaky Blinders’. This criminal drama created by Steven Knight provoked a new wave of love towards the style of the times described.

The movie tells the story of a criminal family living in Birmingham in the 1920s. During that time, the style of Peaky Blinders clothing, which would then become on top, just started to develop. Both people from the working class and gangsters estimated it at its true worth. The series appeared in 2013, and the first season managed to win the hearts of over 2 million people. It’s not to mention the following 4 seasons demonstrating the most outstanding eras of men’s fashion, namely, Peaky Blinders clothing. This story of gangsters, business, family, and love became the ground for the future development of the traditional yet stylish look thanks to Peaky Blinders clothing.

The original mixture of colors in Peaky Blinders clothing together with the trademark attire of the main characters attracted plenty of modern guys making them recall, what really means to be a handsome and solid man. Having a good taste and considering a few recommendations, you can easily create a timeless look of the Peaky Blinders.

In the ’80s and ’90s, the area was ruled by gangs of Peaky Blinders. The action of the series takes place 30 years after the true Peaky Blinders worked as a gang.

The realistic look of Peaky Blinders clothing resembles the movie very much. But a modern version is more up-to-date. The real men weren’t that stylish compared to their counterparts. Nevertheless, the true Peaky Blinders helped create a term for the so-called ‘Criminal Youth’ of that time as well as their look and impression.

The 1920s represent a special era of the history of fashion. There are several basic features of the style of Peaky Blinders clothing that is characterized by:

The style of Peaky Blinders clothing became a symbol, that’s why 3-piece suits for men (including well-known tweed suits are still so popular among the men of various ages). However, the fictional gangsters are more successful compared to the original ones. Their look corresponds to the higher level.

How to create a look of Tommy Shelby’s to nicely wear Peaky Blinders clothing?

Shelby is the main hero of Peaky Blinders as well as a favorite character of millions of people throughout the globe. Every representative of stronger sex desires to reach the authority level and create the same style of Peaky Blinders clothing.

In Peaky Blinders, Cillian Murphy played a leading role in winning the heart of men (and not only men). His image is so impressive, solid, and elegant that it’s difficult to resist. This man is very different from all the other characters, which is emphasized by his clothing. Thus, he’s the only man wearing an overcoat in Peaky Blinders clothing, which is also decorated by a nice black half-collar made of velvet. Tommy even wears the hat differently and uses pinstripes. His entire look adds to his authority, so it isn’t surprising that every single man wants to be like him. Note that he has no tie in his Peaky Blinders clothing. You can use such a technique to create some kind of casualness. 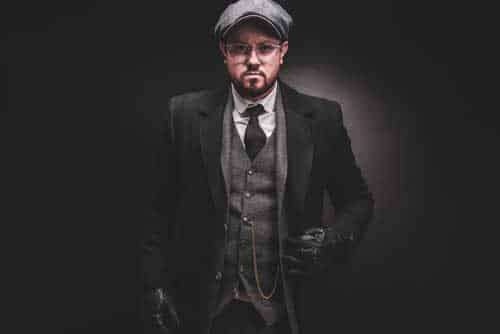 Several tips, which will help you look like real Peaky Blinders: 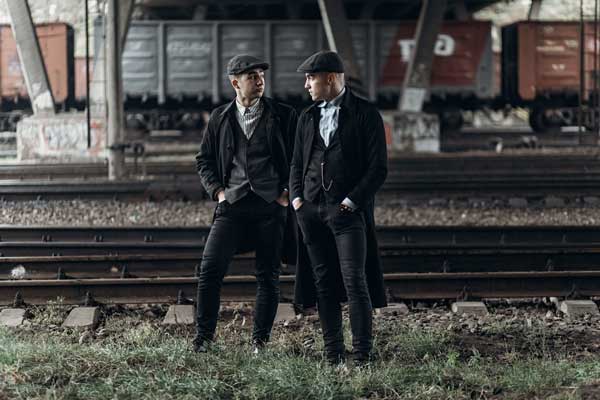 Trust your taste and intuition trying to combine various colors and prints for a Peaky Blinders’ image. Add something new to the look and follow our recommendations to make the best impression.