Every modern man wants to be stylish and look trendy. One of the fashionable directions is classic. Strict and trendy, it helps create a unique image of a real man with a wonderful taste. Such a look is impossible without a nice overcoat for men. Modern designers keep experimenting with various styles, so today every guy is able to find attire, which will suit the best to his preferences. 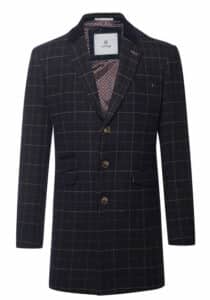 Why do you need an overcoat for men?

Everyone has the first impression of you when they see you for the first time. Your attire is a very important part of your image. It gives a concept of your status, seriousness, and taste in general. Good clothes denote your social position and even a job.

If you’re a businessman, a coat will make a necessary statement. Thus, meeting a business partner, you’ll have better chances to sign an important contract. Dating a girlfriend, you’ll create an image of a solid man, who knows what he wants and understands how to be stylish.

Another reason to choose an overcoat for men as outerwear is its universality. It suits various styles and adds something special to your look. Besides, there exist different variations of overcoats for men, which allow guys with various builds to find their perfect attire.

General sorts of overcoats for men

There are different variations of coats, which men could select:

Overcoats for men can be created of various materials. Some of them are lighter while others are heavier. Besides, there are models, which are suitable for different seasons. The length of an item might also be various and depends on your taste, style, and build.

Peculiarities of overcoats for men

Male clothing’s a separate direction of fashion, which has its own history. Due to this fact, today we can enumerate several types of coats, which are considered timeless: 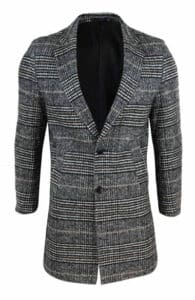 Recommendations for the selection of perfect overcoats for men

Being outer clothing, a coat should also be warm enough. Besides, it should fit well and create a perfect look. Look at several criteria for the right choice:

Appropriate style’s key to your successful image. Style is an individual issue, so you are free to select the one according to the preferences. Overcoats might have various construction being single-/double-breasted (like in Peaky Blinders look). The latest variation’s formal and usually much warmer (thanks to the additional layer of material covering the chest), so you can choose one for colder weather.

Pay attention to your everyday wardrobe and situations you are going to wear your coat to make the right choice of your overcoat for men.